Dealmakers brace for M&A uplift in 2019

It will be a year of uncertainty but not entirely doom and gloom.

Corporate financiers, private equity players, and dealmakers are braced for an uplift in mergers and acquisitions (M&A) activity in 2019 after a turbulent 2018 that made the hunt for quality deals difficult.

During 2018, M&A professionals had to navigate an investment landscape fraught with low economic growth, volatile global financial markets and policy proposals that are increasingly populist.

In developed markets, dealmakers felt the pressure of trade tensions between the US and China, President Donald Trump’s unpredictable actions and the UK’s on-going withdrawal from the European Union.

Meanwhile in the rest of Africa, a change in political leadership in South Africa and Zimbabwe, and highly contested national elections (in Egypt, Rwanda, and Cameroon – just to name a few) unleashed a new wave of political and policy uncertainty for the investment community.

Although it is widely expected that 2019 will be an equally challenging year, M&A professionals believe that it won’t entirely be a year of doom and gloom.

Rob Bergman (pictured below), a principal at Bravura, which is an independent investment banking firm, is cautious about the political and economic uncertainty that will be amplified by South Africa’s upcoming national elections in May 2019.

The uncertainty, he said, might be further exacerbated by South Africa’s on-going talks to expropriate land without compensation (yet to be finalised).

Rob also raised concerns about Eskom, which supplies most of the nation’s electricity, as the state-owned enterprise (SOE) that grapples with a debt-load of R400 billion recently instituted daily rolling blackouts.

The insolvency of Eskom is regarded as the biggest threat to South Africa’s economy because a bailout of the SOE might bankrupt South Africa, which also faces ballooning government debt, lower tax revenue collection, and anemic economic growth.

“Such uncertainty could substantially hinder both domestic and foreign investments in 2019. Together with the economy’s stagnant growth rate, sovereign junk-status by global credit ratings agencies Fitch and S&P Global and a global economic slowdown, I foresee a tough 2019 for South Africa and by extension, for deal-making,” said Rob. 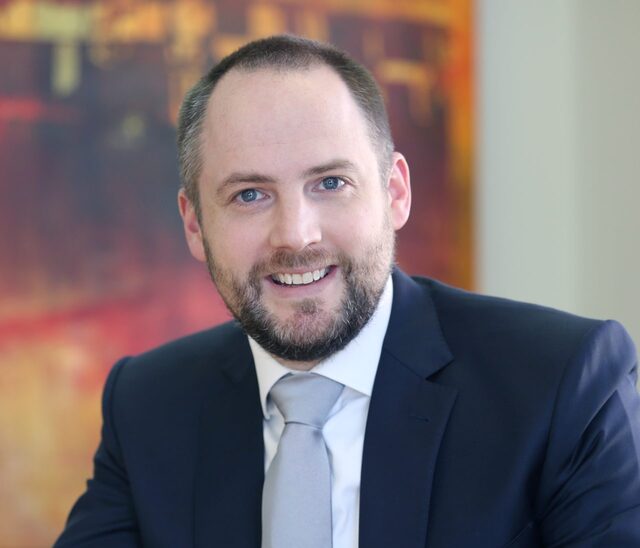 His views are supported by Tshego Sefolo, the CEO of Agile Capital, a private equity firm. Tshego said that any efforts to reform South Africa’s struggling economy, governance issues at SOEs like Eskom and policy uncertainty hinges on innovative and efficient solutions.

“Whilst the macro-economic environment remains sluggish, there are some significant events which, if they pan out correctly and, in our favour, they will inject the much-needed confidence boost into our economy which should positively drive investment growth,” he told M&A Africa.

One of the “significant events” he referred to is the upcoming national election, which if seamlessly and peacefully concluded, will “give further impetus to the stability of our democracy and governance.”

The overwhelming challenges don’t necessarily mean that there aren’t any green shoots to anticipate in 2019.

Rob stressed that a Cyril Ramaphosa presidency, which has vowed to restore good governance at SOEs and root out rampant corruption, could see a recovery in investor confidence and South Africa could earn back its investment-grade sovereign credit rating. The latter could signal the start of economic growth beyond the less than two percent recorded since 2013.

“There should also be relief in the knowledge that during times of low economic growth in developed markets, capital begins to look for better returns in emerging markets.  This could have a positive countering impact on the Rand, the JSE and general Foreign Direct Investment,” said Rob.

He also sees restructurings and stock exchange delistings being one of the main deal trends for 2019. This trend gained momentum during the last quarter of 2018 with several small cap companies announcing their intentions to delist from the JSE.

“Since many shares on the JSE are, or are at least perceived to be, undervalued, shareholders and management teams should see this year as the opportune time to delist these companies to generate further shareholder value in the private space.”

Private equity and rest of Africa

There is a consensus that the private equity market – with its excess capital – is still on the search for lucrative and quality assets.

Agile Capital’s Tshego said the 2015/16 year saw significant private equity capital being raised both locally and in international markets. “Most of this capital is still available for investment,” he said.

Once invested, the capital is expected to result in an uplift in M&A activity both globally and in South Africa.

On a positive note, 2018 continued to be a turning point for many African economies that rely heavily on the production and export of commodities for their fortunes.  Low commodity prices since 2016 wreaked havoc on the economies of Africa’s largest commodity producers and exporters such as Nigeria, Angola, Equatorial Guinea, and Algeria.  But commodity prices have rebounded, and a recovery of these countries seems to be ongoing.

Tshego said there is still a clear investment case for the rest of Africa’s rapid population growth, urbanisation, rising consumerism, and the acceleration of big cities – commonly known as the Africa rising story.

“Most of this is driven by the aggressive growth in Africa’s young population, hence the rapid urbanisation in most of these African countries. With this trend comes the increased need for infrastructure investment, for example, transportation, electrification communication, and housing.”

“We are likely to see significant activity in the next five to ten years in these sectors, especially given that most of these sectors are already underdeveloped.”

Tshego added that the Africa rising story will make for a compelling investment case in sectors including retail, financial services, and healthcare.