Despite economic pressures and political uncertainty, the value of deals was up.

The value of announced mergers and acquisitions (M&A) transactions with any sub-Saharan African involvement reached $8.8 billion (R124 billion) during the first quarter of 2019.

This is according to data from Refinitiv, one of the world’s largest providers of financial markets data and infrastructure, which indicated that the figure recorded is up 41 percent compared with the same period last year. 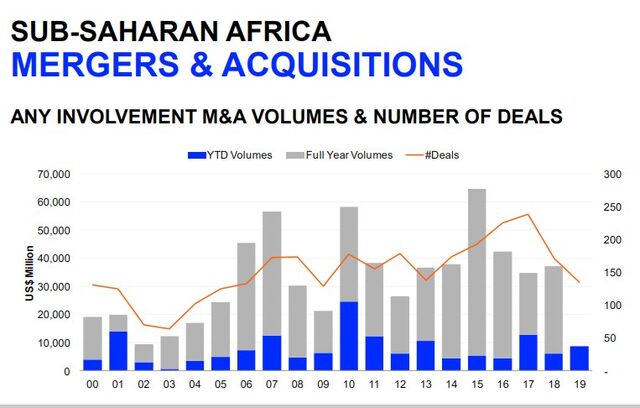 South Africa emerged as the top targeted country, having a 93 percent share of the total value ($8.8 billion) of M&A transactions with any sub-Saharan Africa involvement (see below). 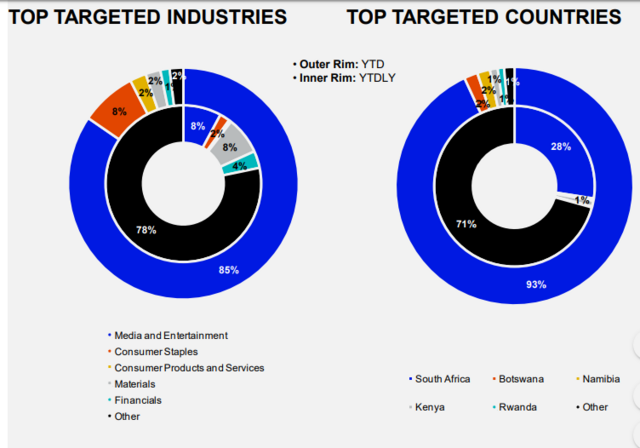 The rise in M&A transactions comes at a time when most African economies are battling with slow economic growth, heightened political uncertainty due to pending elections and exogenous factors such as risk-off sentiment towards emerging markets. Such factors are risky and could scupper deals involving companies – putting M&A activity on a standstill.

According to Refinitiv, deals involving a sub-Saharan African target or company increased 71 percent in value to $6 billion (R85 billion) in the first quarter of 2019.

This value was driven by Naspers’ $5.1 billion (R72 billion) spin-off of its pay-TV unit MultiChoice into a separately listed entity on the Johannesburg Stock Exchange. MultiChoice is the operator of pay-TV business DStv – equivalent to cable-TV in the United States. MultiChoice’s IPO comes at a time when it faces heightened regulation in South Africa and the proliferation of international streaming services such as Netflix and Amazon Prime Video that are targeting its premium customer segment.

Another mega-deal announced in the first quarter of 2019 in South Africa was the R4.8 billion acquisition of consumer goods firm Clover Industries by a consortium of companies, including Israel-based Central Bottling Company, Brimstone Investment Corporation and the executive management of Clover. The deal’s completion is still pending.

Although many dealmakers said that South Africa showed a dismal M&A activity performance in 2018, most expect 2019 to be promising in terms of a rebound in deals. Dealmakers said that signs of more market-oriented policies and anti-corruption efforts under the leadership of South African President Cyril Ramaphosa should lead to economic recovery.

It is also expected that some of the deals that were announced last year but not finalised could now go ahead, contributing to the higher volume and value of M&A deals in 2019 compared to 2018.