This is how private equity firms are investing in sub-Saharan Africa.

Sub-Saharan Africa is emerging as a prime investment destination for private equity firms looking to tap the region’s resources as well as the marketplace. A report by Asoko Insight and Africa Capital Digest provides a clear glimpse of how private equity firms are spreading their investments in the continent

According to research by Asoko Insight and Africa Capital Digest, in the fourth quarter of 2018, there were about 207 private equity investment firms pursuing opportunities in the sub-Saharan markets. Some of the firms with more than $1 billion (R16 billion) in funds in management investing in the region include the likes of Brait, Development Partners International, Helios Investment and Old Mutual Capital.

In addition, there are about eight firms with between $500 million (R7.2 billion) and $1 billion worth of funds under management investing in the region. The report indicates that about 17 of private equity firms with investments in sub-Saharan Africa manage over $500 million in funds. 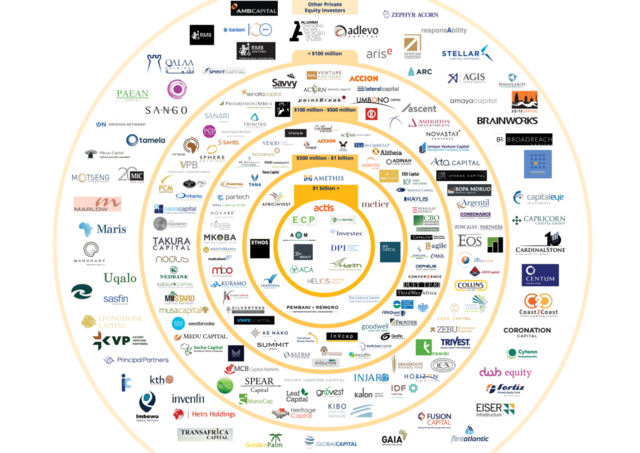 Country and area of focus

South Africa remains a key target market for the equity firms given its relative stability and frameworks that encourage foreign investments. South Africa accounts for about 39 percent of the total offices set up by the investment firms in the region. Kenya comes a close second at 14 percent with Nigeria summing up the top three at 13 percent.

When it comes to a sector of focus, most of the firms have diversified their investments to target multiple sectors at a go. However, the notable area of focus includes financial services as well as the consumer space.  Healthcare, agribusiness and technology sectors also continue to attract huge investments. Mining, oil and gas, as well as transportation, are also other key areas of investment. Development Partners International, which is one of the biggest investors in the region with over $1 billion of funds under management, has diversified its investment areas. For instance, the company has directed most of its investment to key areas of consumer services, education, financial and healthcare’s sector.

Emerging Capital Partners, which boasts of over $1 billion of funds under management, has set sights on consumer services, finance, and infrastructure as part of its investment strategy in the region. The Equity firm has also directed substantial investments to industrial, manufacturing as well as technology.  Métier with over $500 million of funds under management appears to be paying more attention to agribusiness, consumer and education sector. 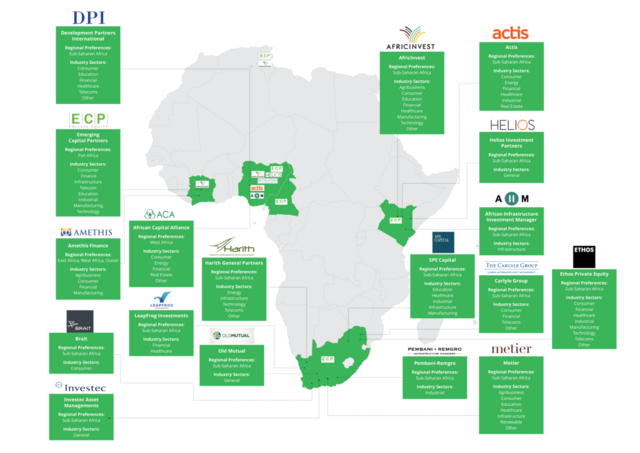 U.S fast food giant Burger King is one of the multinationals also looking to expand its wings into sub-Saharan Africa. Burger King believes it is under-penetrated in a continent with huge opportunities and potential.

Foreign direct investments by private equity firms in sub-Saharan Africa should continue to grow as firms take note of the continent’s untapped resources as well as marketplaces.  Regional integration as well as infrastructure development should also continue to entice investors.

The U.S government is also believed to be preparing to overhaul its investment strategy for the African continent. Concerned by China’s enhanced economic and political influence, the U.S is reportedly planning to offer better investment alternatives to counter China’s influence.  Reports indicate that the government could spend as much as $60 billion (R868 billion) as part of corporate investment in the continent.