South Africa's M&A - Where are the buyers coming from?

It is largely South Africa-based acquirers that are driving M&A activity.

During 2018, the South African M&A market experienced a constrained year due to the South African economy being slowed by several significant challenges, as well as negative global sentiment towards investment in emerging markets.

The South African economy is expected to improve in 2019, with the government developing more market-friendly policies, and a renewed focus on stamping out corruption. As a result, M&A in South Africa is expected to rebound, particularly after the national elections on 8 May as investor confidence improves. Together with an improving investment sentiment towards emerging markets, we should see increased interest from international buyers in the South African market in the near future.

Examining trends in 744 M&A transactions in the South African market over the last 3 years, we can identify the origins of investments. During this period, 74.8 percent of acquirers were locally based in South Africa while 25.2 percent were international buyers. 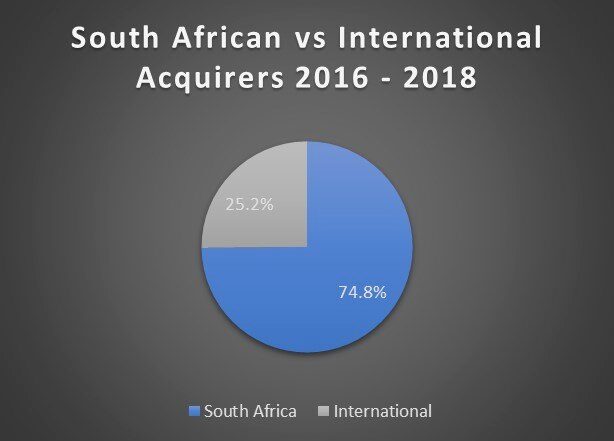 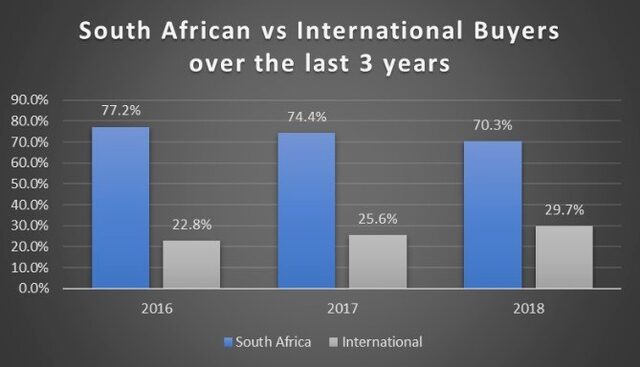 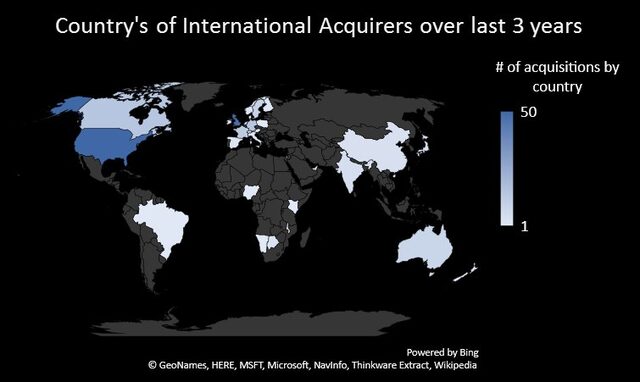 There were also trending changes in the predominant countries investing in South Africa.  In 2016, the UK topped the list with 26.1 percent of all international buyers of South African companies coming from the region. This declined to 16.8 percent in 2017 and only 12.7 percent in 2018. This has likely been driven, at least partially, by uncertainty surrounding Brexit.

The United States has grown from 17.4 percent of international buyers in 2016 to 30.2 percent in 2018, by far the highest of any region. This increasing interest from the United States is likely to continue as a result of new US trade policies promoting African investment through a sustainable and targeted approach, to compete with Russian and Chinese investment on the continent.

Mauritian investment has also seen an uptick, growing from 4.1 percent in 2016 to 11.1 percent in 2018. The country has an M&A-friendly competition law environment and a low corporate tax rate of 15 percent  (effective rate of 3 percent from tax credits for global companies), as well as no capital gains or dividends tax, which make Mauritius increasingly attractive as an international base from which to complete acquisitions.

France remains a major buyer group in the South African market with 7.9 percent of international buyers coming from this region in 2018.

Figure 2: Origins of International Acquirers in South Africa, since 2016

Benchmark has multiple offices in the US and the UK, the two biggest internationals investing in South Africa currently, the company is well situated to leverage its network of buyers to promote international acquisition in partnership with our local offices, and thus drive further growth in this emerging economy.

On a practical level Benchmark continues to experience a strong demand from local and international acquires alike - these include both trade and financial buyers where Benchmark South Africa has, aside from a number of local transactions, recently completed transactions with trade buyers from the US and Belguim seeking to extend their Geographical reach and a private equity company from Canada seeking to source technology for export to North America.

As an emerging economy itself, and defined as the gateway to a continent of 54 countries where the total population is 1.2 billion, South Africa is receiving a steady flow of acquisition enquiries across a broad range of sectors. The mid and lower-midmarket acquisitions represent low risk and viable entry points for international companies and private equity firms testing new markets where history has determined that the mega deals slow in periods of uncertainty and risk the lower mid-market benefits.